Always a joy to attend events at local schools. It’s one of the perks of being a local Councillor, in fact. Against the background of a difficult few weeks in Woolwich, the fun days at Cardwell and Woodhill Primary Schools were a joy to see. Cardwell were having a right old party celebrating the Coronation. Staff and pupils were extremely excited with all the fun and games taking place.

Around the corner Woodhill were celebrating International Day. My colleague Barbara Barwick was meeting up with Teachers and School Governors before the dancing and singing. Interesting to note that some sixty plus languages are spoken in the school reflecting the diversity of the community. Parents were very much in evidence having brought food from all the areas of the world. Pure enjoyment. 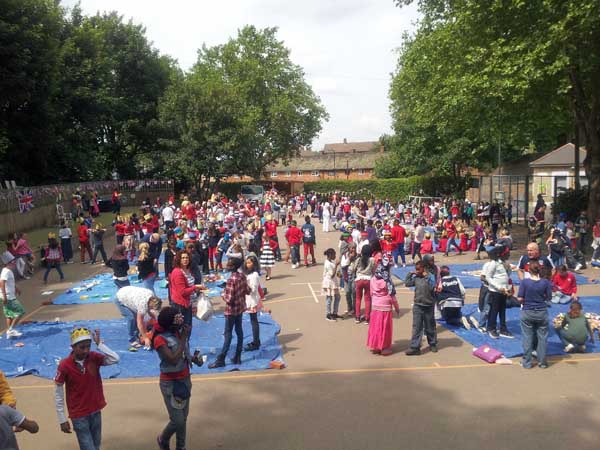 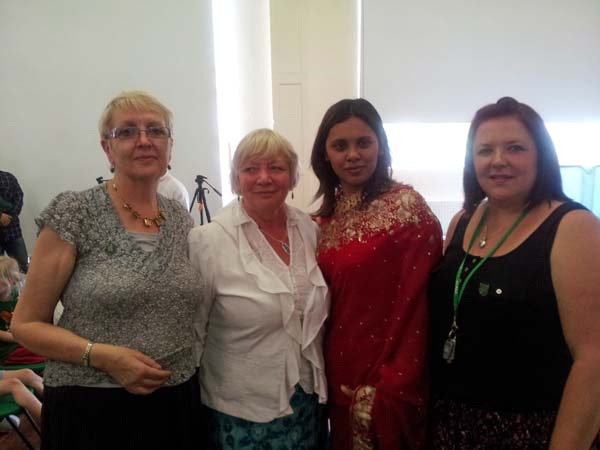 International Day at Woodhill with cllr Barwick in attendance

The sun shone on Eltham Party members enjoying the Summer BBQ on Saturday. The event was held in the splendid grounds of the Wide Horizens Centre and party members were in high spirits and enjoying the event. 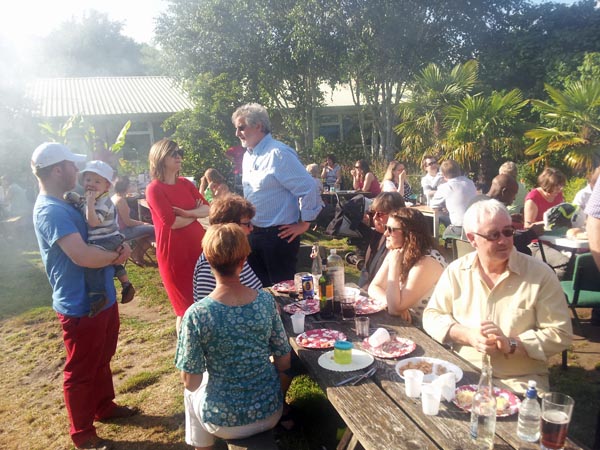 Very pleased to add my support to the Men in Sheds initiative. The project from Age UK Bromley & Greenwich gives older men the opportunity to engage with the wider community by putting to good use the skills they have developed across their lives, particularly woodwork. The “Shedders” talk movingly about what the scheme means to them and how it enables them to help other people in this short video…

It’s marvellous to see that the group have made a shortlist for a National Lottery Good Causes Award but they need your support to clinch the funding. Visit this webpage and follow the links to vote for them to receiving lottery backing:

I should also take the opportunity to praise the good of Age UK Bromley & Greenwich more generally. They recently opened a new shop and information hub in Powis Street, which I was pleased to visit on the day of its official opening. It’s a great place to visit for information about what’s available for our older citizens. 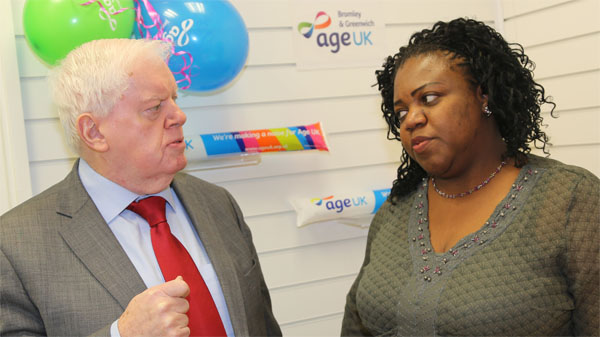 The Second Floor Studios & Arts project is an exciting community of artists and craftspeople who are working from affordable work space in the heart of the Royal Borough, close to the Thames Barrier. As a local ward councillor, I was tremendously pleased to speak with founder Matthew Wood to learn more Second Floor Studios and his aspirations for the future.

Hopefully this will be the first in a series of video conversations I hope to have with local businesspeople, stakeholders, community leaders and residents so we can use the site shine a spotlight on the very many people doing excellent work locally. All feedback welcome and would like to hear suggestions for future conversations.

Fire Station closures were the main topic of debate at Mayor’s Question Time at City Hall. Residents and firefighters were angry and frustrated to hear the responses from the Mayor. He came across as uncaring,dismissive of the consultation process and displayed high levels of arrogance. No surprise there but the safety of Londoners should be his number one priority. The public gallery erupted with everybody feeling that they had listened to enough rubbish and walked out.

Local Assembly member Len Duvall called on the Mayor to abandon the proposals and think again. The plans for closure were reckless and Len called for an urgent rethink. The Mayor has to decide on his proposals by the 18th of July. I came away from City Hall more convinced than ever that the fight to save the Woolwich Fire Station must go on. All of this for £3.70 a year savings amounting to a penny a day saving. The mind boggles. 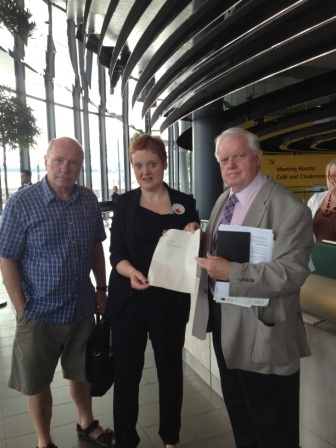 Meeting with Labour Assembly Member Fiona Twycross, holding the hard copy of the e-petition against the closure of Woolwich Fire Station.

I never cease to be amazed by the sacrifices made by Carers to look after their loved ones. I was at the Carers event today in the Town Hall. Deputy Mayor Councillor Mick Hayes was also present together with David Mellish, Chief Executive of Oxleas Trust. So many stories, so many people involved, it was a very humbling experience. Take the young carer who is a full-time student at the Metropolitan University. She is also the full time carer for her Grandfather. Good to see steps being taken to improve the support given. We have 22,000 carers in the Borough.

Then there is the untold story of Mary Webster, founder of the Carers movement. She lived in Woolwich Arsenal and became a campaigner for Carers across the country. She formed the National Carers organisation in 1965. Sadly she passed away at the age of 46. These events bring many emotions into perspective. We must seek to champion the cause of Carers rather than having just a one off experience of their needs. Indeed they are many. 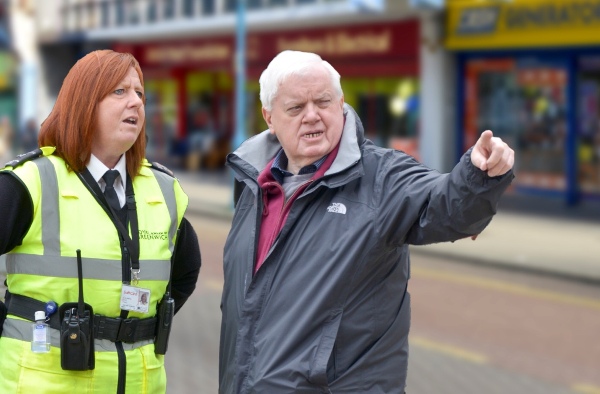 Spending time on the streets of Woolwich yesterday with the Enforcement Team has been a real eye opener. The commitment and dedication was self evident. The relationship with local residents was very clear. They provide a source of confidence as they patrol our streets to help improve the environment. It was a delightful experience.

While spending two hours walking the streets, it certainly improved my fitness regime but also provided me with a deep insight as to the range of duties undertaken. The raft of legislation giving local authorities increased powers and duties is significant. I was shocked by the amount of fly tipping that goes on. While the team cannot be everywhere at once, some people totally disregard their responsibilities, throwing rubbish wherever they can find an empty space. Clearly the importance of encouraging people to improve their environment remains a challenge.

One challenge facing the team while on patrol was a distressed dog whose owner was concerned about its welfare. With care and sensitivity the RSPCA was called, while the resident was waiting for the van to arrive, other members of the team were lending support and comfort.

I confess to being on the side of fining anyone that misbehaved but I am persuaded that discussion and engagement is the best alternative. Is there more to do? Of course there is. We need to create a more holistic approach to picking up rubbish more quickly, improving the relationship with others across the Council and reduce the silo working approach. An interesting point for discussion with colleagues who have responsibility. As I walked back to the Town Hall, I thought that I must get out more. Now have to decide what to do next. Already lined up to visit the Social Work Team at Queen Elizabeth.

Over two hundred signatures calling for enhanced road safety improvements were submitted by parents and pupils to the Council recently and the Highway Committee met last week to consider the matter.

It was agreed that Transport for London would be asked to include the John Wilson Pedestrian Crossing in a future improvement programme. I argued for the 20 mile an hour speed limit be introduced as quickly as possible. The current timetable gives a starting date of 2015.

In my comments to the Highway Committee, I drew attention to the safety of the School Patrol staff who put their lives at risk at the bus stop at Artillery Place. I suggested consideration be given to remove the bus stop altogether.

In the meantime additional road marking and the additional improvements should be monitored. Further campaigning will take place for additional measures to be included. 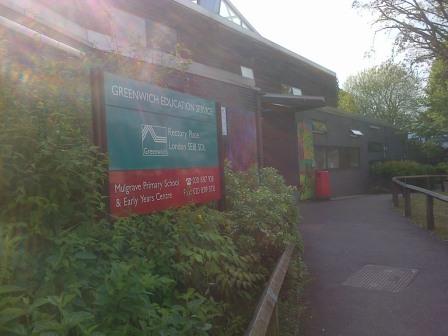 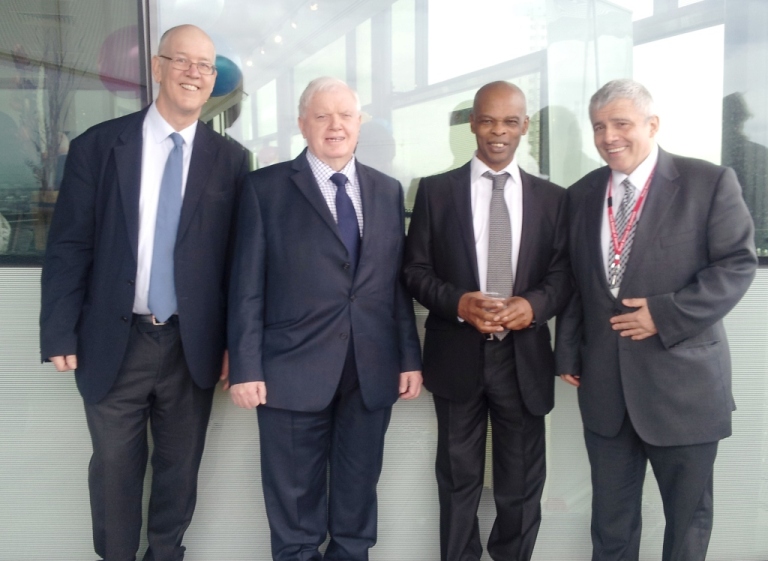 Much is said in the media and government circles about high salaries and incompetence in local government. On the flip side of this debate are thousands of people giving their lives to improve the well being of others. Local Government at its best.

In recent weeks Greenwich has lost three of its most experienced Senior officers. Pictured above with me are, from left to right, Tony Evans, Harcourt Alleyne and Leon Yohai . Together in their respective areas of skills they have shaped the structure of the Council making it more responsive to the needs of our community and delivering quality services. They have provided inspiring leadership and will be missed

The role of Councillors providing community leadership in achieving its objectives requires quality officer leadership. This approach has worked well in the Borough. I wish them well for the future.

I have sent this letter to the Mayor of London, Boris Johnson…

I write in respect of your decision to consult on the proposed closure of the Woolwich Fire Station. I represent with two colleagues the Woolwich Riverside Ward in which the Fire Station sits. You will be aware of its history and contribution to the safety of Londoners through many generations.

The importance of London Fire Stations is self evident. Its role has changed significantly over many years. While Fire control and promoting fire reductions in the home continue, its importance during the London bombings and other security events is self evident.

I appreciated the fact that you visited Woolwich this week following the dreadful murder of Lee Rigby. Surely previous acts of terrorism and this tragedy in our own area must cause you to reflect on your determination to close Fire Stations across London.

I fully subscribe to your comment that we need to be forever vigilant but action speaks louder than words. Those of us who carry the burden of public office have an overriding duty to those we represent. I believe you have a duty to stop this folly. There is no appetite anywhere in London to close any Fire Stations other than in your office and in the heads of those only too willing to carry out your bidding. I consider the public consultation as simply window dressing.

I have taken the opportunity of promoting an e-petition which has been widely supporting the view that the Woolwich Fire Station. You have no mandate to do so and I would strongly urge you to reconsider. If you remain confident that your decision is the right one I suggest that you hold a London wide Referendum and abide by the decision of Londoners. 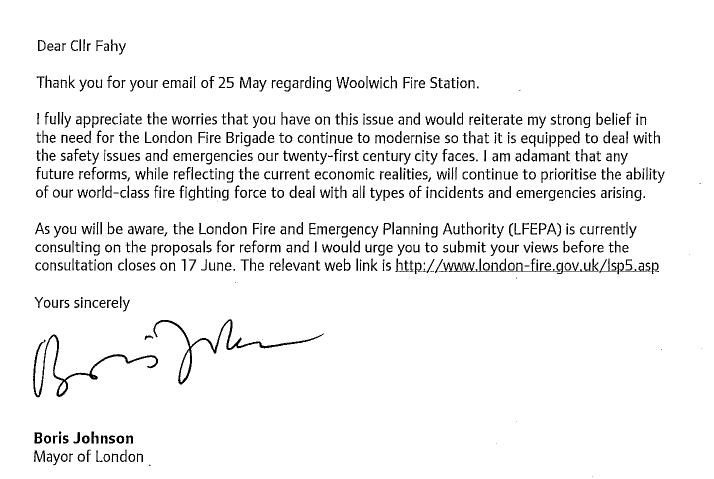